WINNING MY BATTLE WITH PROSTATE CANCER STARTS WITH A SECOND OPINION


I want to tell my story so that I can help others diagnosed with prostate cancer. This all started with a routine physical with blood work. My primary care physician called to say everything looks good except a slightly elevated PSA and suggested I make an appointment to see a urologist. After spending months on antibiotics to treat a possible infection of the prostate due to bike riding, my urologist suggested a biopsy. The biopsy was one of the worst things I’ve ever experienced in my life. The biopsy results showed a Gleason 6 cancer in one of the 12 tissue samples taken from me. 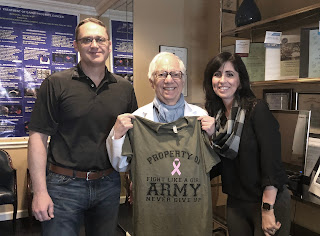 My message to everyone battling cancer is to stay smart and realistic. Do your own research and listen to the right people and follow your gut for what makes the most sense.  The resources are all around us and thanks to the world wide web, we have some of the best information available to win this.  Perhaps it was the research that made me push for a second (and even a third) opinion and I'm glad I did- because if I would have caved to the panic-stricken voice of my first doctor, things may have turned out very differently- or worse.


DISCLAIMER:
The information provided in this article is written  and submitted by the writer (Mr. James Hunt) whose name is stated in the title who provided express consent to the publishing of this material.  This article is not meant to be used to diagnose, treat or advise others about what actions they should take with regard to any medical condition.  No one should undertake or discontinue any treatment as a result of what they read on our blogs. The publisher(s), editors, sponsors or other  "supporting members" of AwarenessforaCure.org are providing a strictly educational service and are not responsible for the diagnosis or treatment of any specific health needs. and are not liable for any damages or negative consequences from any treatment, action, application or preparation to any person(s) reading the information in this article or its thread. Readers with medical needs should obtain appropriate professional medical supervision. References are provided for any informational purposes only and do not constitute endorsement of any websites or other sources. 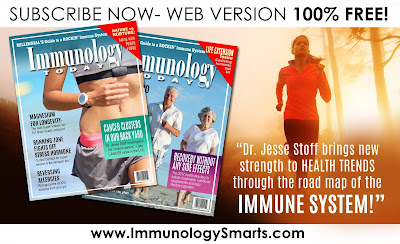