THE OBSTACLES OF GETTING A “RARE” NEW CANCER (Part 1) 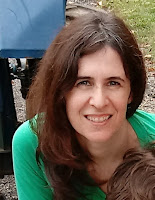 By now, most people are aware of cancers like lung, breast, prostate etc. –enough to know how to research about it. But a cancer related to breast implants is something that unless you happen to be watching the news recently, you may be completely in the dark about it. Furthermore, many doctors are still not providing the right conclusion about implant-associated disorders, deeming implants to NOT cause cancer.

In August of 2017, I was diagnosed with Breast Implant-Associated Anaplastic Large Cell Lymphoma (BIA-ALCL) and I immediately went on the internet looking for more information. I was aware of the disease prior to joining, but it was Jamie Cook who put me in touch immediately with a doctor at MD Anderson.  Within hours, someone called me with information on this disease and basically helped me make sure that I got the right treatment for it.  For me this group was a life saver.

Today, our BIA-ALCL group has 123 members who have been diagnosed with this lymphoma aside from the thousands of other members who are concerned about their potential implant disorders.  It's not a disease that has existed before and it's just now also being found in association with implants. And actually on a genetic level, it's completely different and new. I've had surgery and chemotherapy and I just go back to MD Anderson in Texas every couple of months for follow-up PET-CT scans and MRI’s, just to check for any remaining evidence of the lymphoma. So far there has not been, but obviously it has not been very long.

DISCOVERING MY IMPLANT DISORDER
It all started for me in 2016. I was a middle school teacher watching a performance by my students about self-image. Part of the dialogue in this skit had to do with cosmetic surgery where one of the young performers was saying, "You know I wouldn't do cosmetic surgery… I'm comfortable with how I look—plus, implants have been found to even cause cancer." That was the first time I had ever heard of this.   As someone with breast implants, I was prompted to race home to Google it- and lo and behold, I saw that there had been things in the news and reports of it being related to cancer. Posts also noted the chances of getting it was about one million to one- equating it with being struck by lightning, which somewhat alleviated my fears.

Not too long after, I noticed that one of my breasts felt different and I started feeling around. Women tend to be trained to always be aware of changes in our breasts and do breast exams, including concerns unrelated to implants. I felt a little lump and responded immediately by seeing the doctor to have it checked.  My main thought was breast cancer. I got a scan and I meet with breast surgeons and I inquired about this rare large cell lymphoma.  None of them ever heard of it and instead focused on breast cancer, completely invalidating my questions about BIA-ALCL.  I tried to convince myself to stay on their track since breast cancer is ‘one in eight’- a much higher possibility. 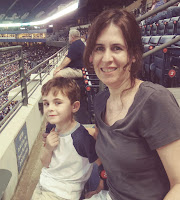 So after an MRI, my knowledge of this lymphoma is to be on the alert for a seroma. That's one of the main symptoms is this fluid around the implants. The results tell me that the lump I'm feeling is scar tissue, and they don't mention anything about a seroma which told me I don't have any symptoms of this cancer and I don't have any symptoms of this large cell lymphoma. But a year later, I felt something new and unusual in my breast.  My bras were getting tighter and my breasts seemed more asymmetrical so I felt like there was something like urgent happening.  I also continued to feel along my left breast and noticed that the  implant edge I could feel along the underside of my breast seemed to be thickening and it had developed a distinct lump that I didn’t recall being there before.

This time I am scheduled to meet with a plastic surgeon. And again I bring up this lymphoma, and I'm actually becoming more alarmed because I'm continuing to read more about it and by now, I feel like I just need to get these implants out. Like the reports I read, he mentioned how rare it was. Worse yet, he accused me of being a hypochondriac, always wanting reassurance.  With such brazen confidence, he stated- "You don't have that lymphoma… you don't have it!".  He even reprimanded me saying that, "You don't live your life like you're going to win the lottery." Our exchange continued where he agreed that I should move forward with a biopsy of the lump or thickened spot on the palpable edge of my implant but was very discouraging in doing anything to take the implants out, or testing for this lymphoma.

I stood my ground this time- especially because my copy of the more detailed description in my last MRI indicated they did actually see some fluid, but they never told me about it.  As it turned out, the biopsy of that lump was what led to my diagnosis. Where most explants usually happen first, my insistence in getting a biopsy to find the answer proved me positive for BIA-ALCL.

When you've got awareness about this lymphoma, you’ll find the major lack of knowledge in the medical community that makes it very difficult to get the proper intervention. Because even the symptoms of it, the fluid around the implants, it is not easy to detect. My experience showed that much of the distorted information out there leads people to the wrong way of handling this.  As “rare” a cancer as this may be, should you be one of the unlucky few that gets this lymphoma, identifying the symptoms is NOT easy nor is getting all doctors on your side.  I see this all the time (with my case and many others) that radiologists can have a hard time identifying fluid.  There's even a notion that having a certain amount of fluid is normal.

HEALING THE WORLD AT LARGE
This entire experience brings me back to my students’ play and that's just pure happenstance.  To be an activist means I'm almost in a panic daily for women because I don't know how women are going to get this information.  As with most cancers, you know the sooner you get to it, the much better chance you have. The great news is that if this VERY REAL disease is diagnosed early, it can be successfully treated.  But it's going to be hard for all of the women who have it taking place in their bodies to be aware of it because it's not widely known and supported and the very people that are in the position to speak and help show a major lack of understanding about it.

The best solution to all this is that any woman with textured (and even non-textured) implants will need to completely educate themselves on what is currently known about this disease. This includes getting frequent checkups and trusting your instincts for a second opinion if you don’t get the support you need.

EPILOGUE:
As of November 2, 2018, the American Society of Plastic Surgeons now recognizes 615 cases of BIA-ALCL worldwide.  After meeting with breast-implant victim advocates this summer, including Jennifer Cook and four other women diagnosed with BIA-ALCL, the FDA announced that they will hold a public Advisory Committee meeting in 2019 to address BIA-ALCL and other implant safety concerns.  In anticipation of this meeting, implant victim advocacy groups are now demanding that the FDA do more to ensure that its 2019 Advisory Committee is not dominated--as it has been in the past--by plastic surgeons whose income is tied to sale of implants.  By including more unbiased doctors on the committee, advocates hope the FDA will finally be able to make decisions that truly put the safety of women first.

This article is endorsed by: 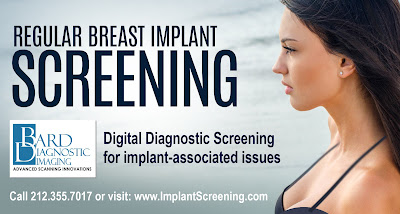 Special thanks to:
Jennifer Cook wishes to express her gratitude to Dr. Mark W.Clemens and the American Society of Plastic Surgeons for their efforts to track and disseminate information about BIA ALCL. Also a special thanks to MD Anderson Medical Center for generously sharing its expertise on BIA ALCL with patients and doctors around the world. Additional appreciation to SeattleGenetics and Takeda Pharmaceutical Company for their collaboration in developing brentuximab vedotin, a target chemotherapy drug that has saved the lives of numerous women with advanced cases of BIA ALCL after prior treatments failed. And lastly, warm thanks to Kaiser Permanente of Southern California and Anthem Blue Cross for approving the use of brentuximab vedotin as a first line treatment in my case of BIA ALCL.